At the first of the month, we hit the trail with some friends to go exploring.  We spent the day at the Buttermilk Bend Trail, which follows the South Fork of the Yuba River. The boys hiked and went swimming in the crystal clear, COLD, water.  Part of the reason this trail was picked was because of the historical Bridgeport Bridge that spans the Yuba River.  The bridge was closed for restoration, so we couldn't walk through it. We did get to look inside, though.  What a fascinating structure!  It was built in 1862, and is the longest-span, wooden-covered bridge still surviving.  If you want to know more, check out this link. 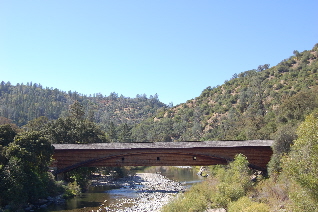 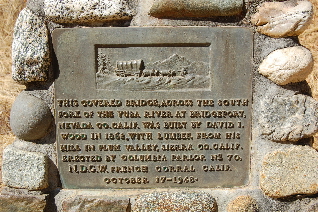 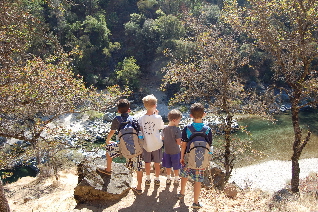 The boys, gazing down at the river...and trying to figure out a way to get down to it.  You can't really tell in the picture, but we were a ways up over the river.

At a beautiful swimming hole.  The boys did swim, though it was a bit chilly.  Our friends that we were with, who were originally from Washington state, thought the water was warm. :)

My guys, taking a water break!

Posted by Kendra at 9:07 PM No comments:

To Lake Tahoe and Beyond

This past week the boys and I went to go visit some friends who recently moved to Nevada.  They were some of the first friends that we made when we moved here last spring and we were so sad to see them go.  But we sure had a good time visiting with them.  They lived in Nevada about 45 minutes from Lake Tahoe.  So, on the way home, we HAD to make a stop at Tahoe. :) 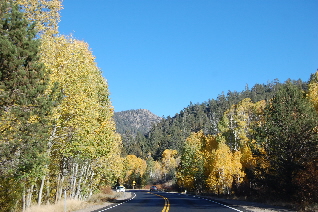 This is actually on the way to Nevada.  The drive was beautiful.  We took the southern route to Nevada.  The mountains were amazing and for a good bit of the way we followed the South Fork of the American River.  Sorry...no pics except this one.  I was driving..and if I had stopped every time I had wanted to, we would never have made it!  The aspens were all turning beautiful shades of yellow and gold.  There were so many spots where the trees were breathtaking! 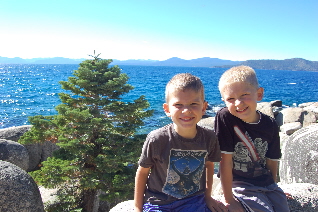 Here are the boys at our first stop on Lake Tahoe.  This was on the eastern shore.  The wind was blowing up white caps on the water.  And the water...I cannot describe how blue it was.  AMAZING!  There were spots where the color of the water looked like the Caribbean Sea. 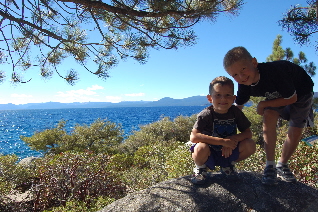 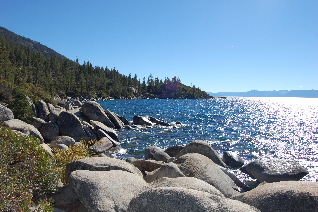 Looking back down to the south.  And the boulders...they were HUGE! 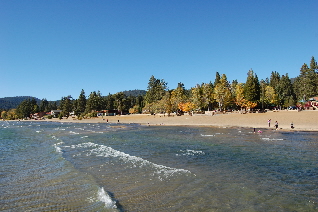 We continued around the lake to the northern shores.  We stopped and spent about an hour at King's Beach.  What a fun, amazingly beautiful spot this was.  It was a warm day, and before I knew it, the boys were both soaked from playing in the water.  :)  We got Rox out of the car, as we had her with us, and threw the tennis ball for her and let her romp around. 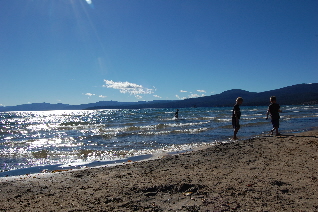 The boys ran around like crazy!  Good times...except that I was NOT prepared for wet, sandy boys.  For some reason, I didn't think it would be warm enough for them to get in the water.
I should know better... 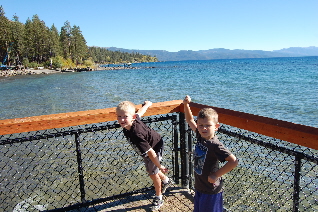 There was a pier at King's Beach.  Here are my guys at the end of it...if there had been salt in the air, I would have thought I was on the coast. :)  I am SO glad we finally were able to see Tahoe.  It exceeded my expectations.  I hope to be able to explore the area more in the future!

Not Your Normal Pumpkin Patch

Last week we went to visit a local pumpkin patch with some friends.  This was not your normal pumpkin patch.  It was crazy big and felt more like being at the fair than at a u-pick pumpkin farm. I thought everything was bigger in Texas...not so with this.  It dwarfed the one we used to go to in north texas.  Ha. Still, it was fun, and the boys had a blast!  The ironic thing is that we did not end up actually going out into the fields to pick our own pumpkin.  It was a very warm day, and in order to get to the pumpkin fields, you had to ride a slow hayride out and back.  The boys did pick their own before we left, but from big bins by the entrance.  Another funny thing..I didn't even think to get a picture with them and their 'pick'.  Oh well, we'll get it when we actually carve them. :) 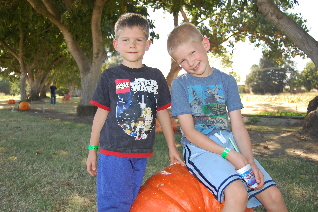 There was a pumpkin patch close by that we could walk to, but it was filled with the GIANT pumpkins.  Even if I had wanted to take one home, I don't think they would have fit in my car! 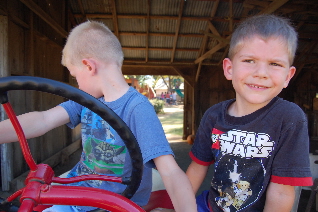 The boys hopped on display tractors and had a good time pretending to drive them.

There was a giant hill with these two slides.  The were fun, but kind-of slow slides.  Have you ever seen anything like this at a pumpkin patch?? 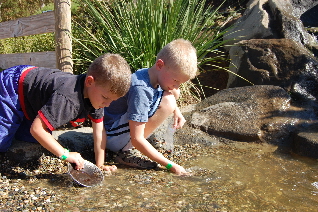 One of the activities, and the only one that I actually paid for (kind-of...someone gave me one ticket to it :) was to pan for 'gold', aka marbles.  They really enjoyed that and could have panned all afternoon.   But it was a warm day and there was a quota on 'gold'. 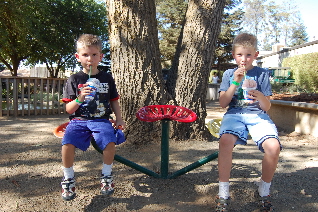 We had to end the afternoon with snowcones, of course!
Posted by Kendra at 5:15 PM 1 comment: